Canton Fair plays a vital role in promoting trade in and outside of China. "The fair is very comprehensive. So (this) make it very convenient and very easy for the buyers to find the right products fo 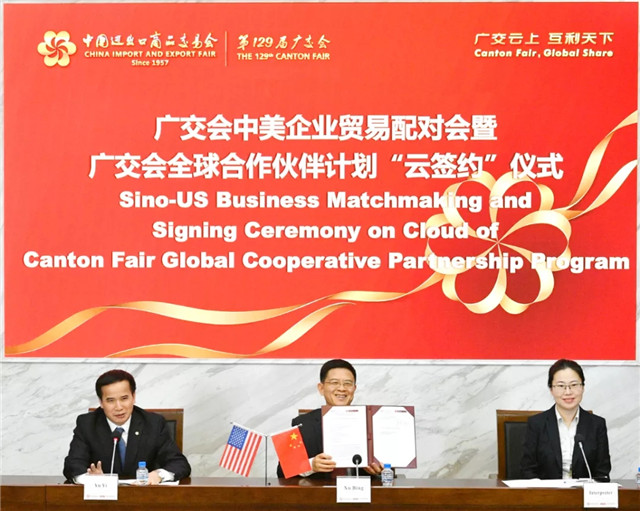 The event was joined by Xu Bing, spokesperson of the Canton Fair, Gu Chunfang, Commercial Counselor of Economic and Commercial Office of Consulate General of China in New York, Leo Chan, Executive Director of Midwest USA Chinese Chamber of Commerce and Franklin Lim, manager of enterprise sourcing in Kroger.

Nearly 100 exhibitors from Guangdong, Jiangsu, Shandong and other provinces and cities conducted matchmaking negotiations online with Kroger's buyers on the virtual Canton Fair.

Xu Bing shared some highlights of the 129th Canton Fair in his keynote speech, saying the number of the products uploaded has set a new record high of over 1.7 million and displayed in various forms. The international pavilion has attracted 340 overseas participants from 28 countries and regions. To date, China Foreign Trade Center has cooperated with 141 organizations from 81 countries and regions, 6 of which are from the United States. Xu believes that the event will generate "boundless trade opportunities" thanks to the concerted efforts of Chinese and foreign companies.

Gu Chunfang praised Canton Fair as a window of China's exports and of the country's relations with the rest of world, as China-US trade volume reached over $ 586.7 billion, up by more than 8.3%, and China’s export to the US up by 7.9%, a significant achievement facing multiple difficulties and challenges. 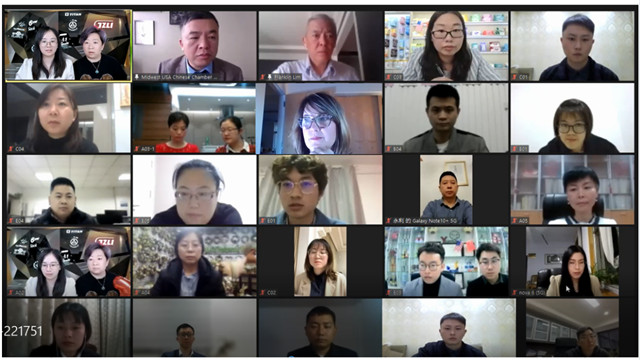 Leo Chan joined GDToday for an interview during the event. Chan said Canton Fair plays a vital role in promoting trade in and outside of China. "The fair is very comprehensive. So (this) make it very convenient and very easy for the buyers to find the right products for their individual markets," Chan said.

When asked how Sino-U.S. frictions impact on the two countries' business relations, Chan said it is important to separate the frictions between ideology, government, country, which is politics versus businesses and people. He added that China-US business relationships have always been interdependent. The U.S. has invested heavily in China and also benefited from those investments.

"Our relationship, both at the people level and the business level, will continue to be mutually beneficial," said Chan.

Talking about what areas may draw the U.S. investors, Chan believes that chamber's members are very interested in renewable energy and high technologies such as smart city, artificial intelligence, and autonomous driving. And their interests in some traditional areas such as consumer goods and aviation remain strong.