Taian Table from Guangzhou’s Garden Hotel was awarded Two Michelin Stars and the kitchen turns the best ingredients from around the world into sophisticated works of art in the display kitchen with their well-honored European techniques.

On September 22, the Michelin Guide, China announced the results of the recipients of the prestigious Stars for the 2021 Michelin Guide Guangzhou. The entire selection includes Michelin -starred, Bib Gourmand and Michelin Plate restaurants, as well as two special awards – the Young Chef Award and the Service Award. A total of 104 restaurants in Guangzhou have been listed into the Guide. 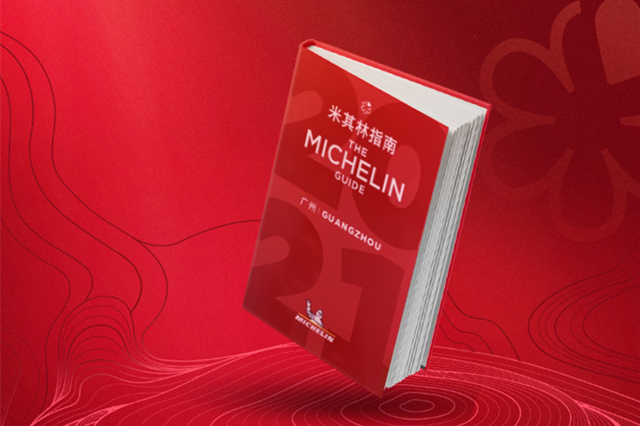 Three two-starred restaurants, including 1 new one

Taian Table from LN Garden Hotel was awarded Two Michelin Stars and the kitchen turns the best ingredients from around the world into sophisticated works of art in the display kitchen with their well-honored European techniques. In addition, the Singapore-based chain Imperial Treasure Fine Chinese Cuisine and the Jiang by Chef Fei, whose classic Cantonese fare strikes a fine balance between traditions and creativity, were also granted the Two Michelin Stars.

14 one-starred restaurants, including 4 new ones

Meanwhile, the list of the one-starred restaurants continues to expand. Apart from10 restaurants that have regained their one-star ratings,Rêver, which opened in 2020, was awarded one star on its first entry to the list. The Hongtu Hall from the White Swan Hotel, once a Michelin Plate, was also awarded the One Michelin Star. Besides river views and stunning murals, Hongtu Hall is prized for its exquisitely crafted dim sum ranging from the classics to novel creations, as well as velvety congee and juicy roast meats. Another one-starred restaurant is the Imperial Treasure Fine Teochew Cuisine. This Singapore-based chain opened its first outpost in Guangzhou in 2019, specializing in Chaozhou food. 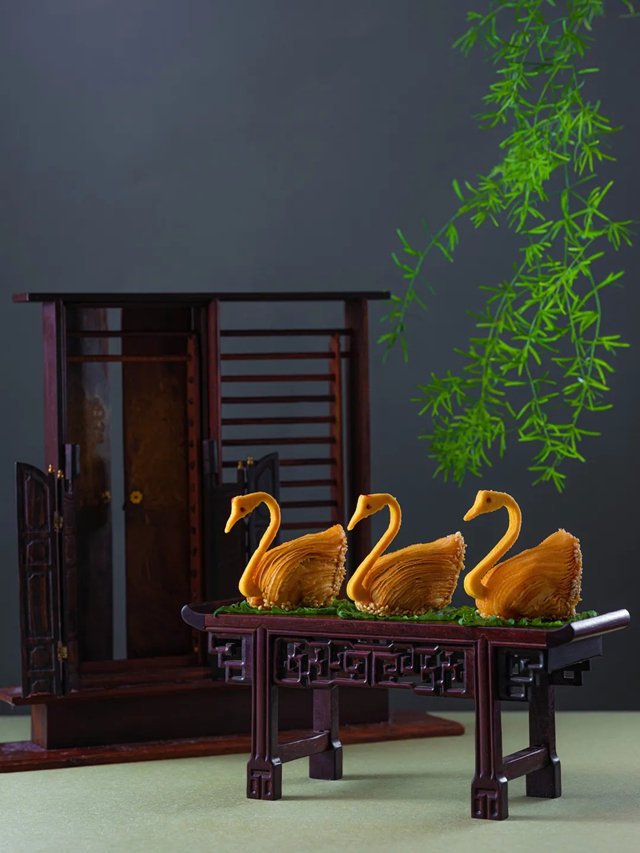 33 Bib Gourmand restaurants, including 3 new ones

In this year’s Guide, a total of 33 restaurants were selected as the Bid Gourmands, with three of them being new to the list. Chuan’s Kitchen features its thick-sliced bass scalded in mala oil, which offers bold, layered flavors with a complex chilli blend. Halal restaurant Sa Er Ta Dongxiang Shou Zhua highlights its various delicacies made by lamb, such as the juicy boiled premium version. Ya Yuan is known for its authentic Cantonese cooking that not only tastes good, but looks even better.

54 Michelin Plate restaurants, including 10 new ones

The 2021 Michelin Young Chef Award went to Chief Biao Hong from Rêver restaurant and Dayton So from the same restaurant received the Michelin Service Award this year. 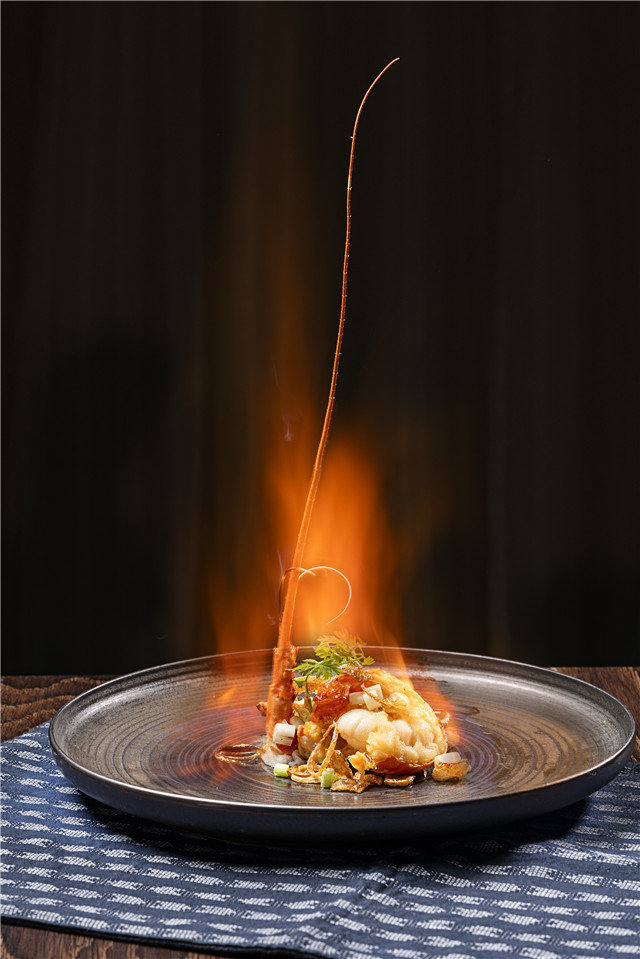 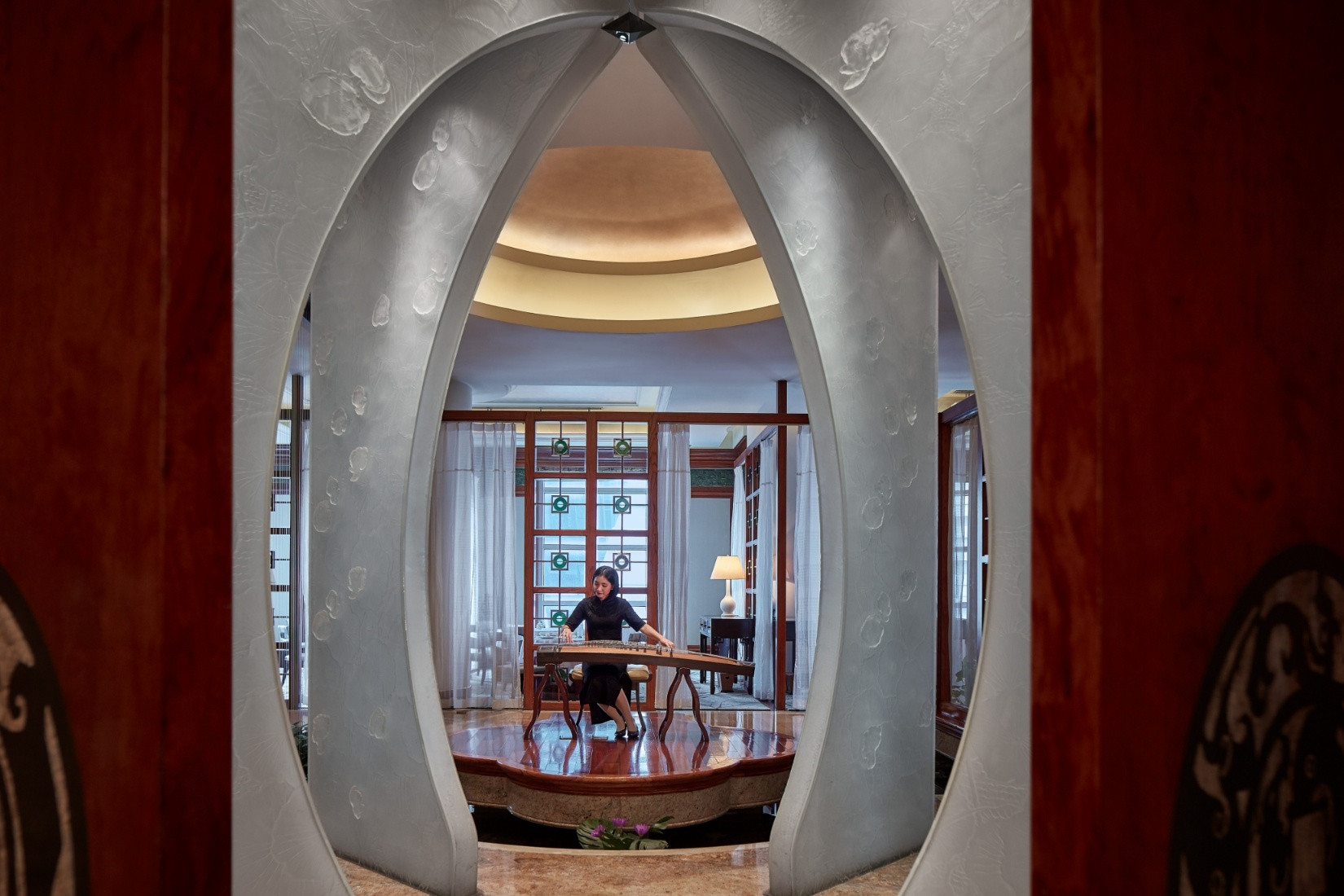 Four Seasons Hotel Guangzhou received two Michelin accolades. Catch was honoured with a Michelin Plate and Yu Yue Heen One Star, for the fourth consecutive year. Yu Yue Heen, located on the 71st floor of Four Seasons Hotel Guangzhou, offers authentic Cantonese cuisine with unsurpassed views of the city’s skyline and the Pearl River within a tranquil space. Catch is a spectacular fine dining French inspired seafood restaurant. The restaurant’s contemporary style combined with a tranquil ambience is the perfect setting for intimate dining, surrounded by panoramic views of the skyline.

White Swan Hotel’s three Chinese restaurants have been listed on Michelin Guide Guangzhou for four consecutive years, and they are theOne Michelin Star Jade River and Hongtu Hall as well as Michelin Plate Flavors of China.

Since the introduction of Michelin Guide in Guangzhou, the city’s catering industry has been booming with unlimited potential. “We hope that the release of the new Michelin Guide Guangzhou will provide customers with a more enjoyable and enriching travel experience while promoting the development of the Guangdong-Hong Kong-Macao Greater Bay Area. We’ll work to advocate a greener lifestyle and provide a ‘sustainable’ strength for China,” said Kamran Vossoughi, the President and CEO of Michelin China.

About The Michelin Guide

The Michelin Guide first published in France in 1900, is highly regarded as the industry benchmark and the highest recognition of exemplary restaurants in the city. The guide’s anonymous inspectors rate restaurants based on product quality, preparation and flavors, personality, value and consistency. The Michelin Guide made its debut in China in 2016 in Shanghai. Guangzhou is only the second city to receive the renowned Michelin star award since 2018.