As early as 2016, the Center had already won the UNESCO Asia-Pacific Awards for Cultural Heritage Conservation——Awards for Merit.

Cangdong Heritage Education Center in Guangdong's Jiangmen was recently honored by the World Heritage Institute of Training and Research for the Asia and the Pacific Region under the auspice of UNESCO (WHITRAP) for its world heritage education efforts.

As early as 2016, the Center had already won the UNESCO Asia-Pacific Awards for Cultural Heritage Conservation——Awards for Merit.

Located in Cangqian Village, Tangkou Town, Kaiping, Cangdong Heritage Education Center started operation in 2011. It encourages villagers to jointly work to renovate the original appearance of the countryside and inherit local culture. Various activities have been carried out in this Center such as cultural heritage camping, Cangdong summer camp, and the experience of rural buildings, so as to display the heritage culture in this area.

Integrating the strength of universities, enterprises and government, the Center has restored two ancestral halls, a watchtower and two traditional residences built in the Qing Dynasty (1636-1912) it has also rebuilt an ancient temple. All these efforts combine to improve the appearance of the village and enhance the cohesion and cultural identity among villagers. 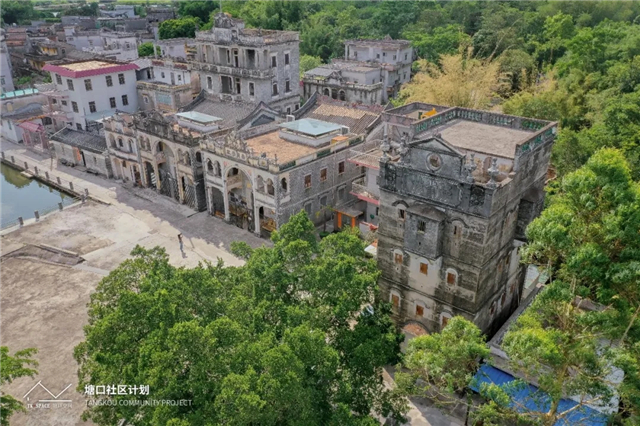 The project was listed as one of the ten Innovative Case Studies on World Heritage Education, according to the World Heritage Institute of Training and Research for the Asia and Pacific Region under the auspices of UNESCO (WHITRAP).

Together with this project, two other projects from Guangdong were also on the list, namely the Innovative Exploration and Practice of World Heritage Education of Danxiashan and the University Student Forum on World Heritage & Conservation Proposal Competition.

Screenshot of the "Announcement: Global Call For Innovative Case Studies on Heritage Education" published on July 6, 2021 on WHITRAP's official website.

The Global Call for Innovative Case Studies on World Heritage Education is launched by the WHITRAP, which is also one of the events of the World Heritage Committee’s 44th session. Its aim is to select outstanding cases which exemplify innovative approaches to World Heritage on a global scale, to share and present these good practices to the widest international audiences and to lead and promote the future development of World Heritage education.