"Mr. Liu Youju is different because he expresses spiritual and artistic freedom in his magical world. His works made me see that a great oriental artist is being born," Frank Popper, famous French art

"Mr. Liu Youju is different because he expresses spiritual and artistic freedom in his magical world. His works made me see that a great oriental artist is being born," Frank Popper, famous French art theorist said so after viewing a catalog of works created by Guangdong artist Liu Youju. 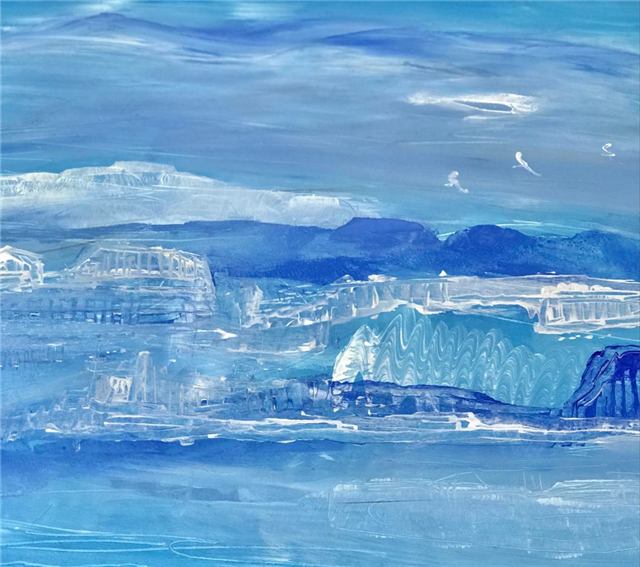 Popper said he has hardly written reviews for Asian artists, but he was really excited after seeing Liu's works, "I can't believe that there are such strange people with artistic creativity in the East." Popper has studied art for decades, and he has also studied the "history of painting" in the East. He thinks Liu's works are different and can be called magical.

"In the landscape depicted by teacher Liu Youju, one can feel the dialogue between the sky and the ground, and feel that everything has become a pure element in his pen," said Cristina Muccioli, art critic, professor of communicative art ethics at Brera Academy of Fine Arts in Milan, Italy.

Gerard Xuriguera, another famous French art critic, also shared his views on Liu Youju and his paintings. "Liu Youju travels back and forth between China and the West, at the intersection of two opposing worlds. He knows how to extract the best inspiration from each world, so as to achieve balance and harmony with the necessary structural layout."

"His creation is not based on planning and arrangement in advance, but spontaneous creation with hands and thoughts,” Gerard Xuriguera pointed out, "'Nature' is the soul center of Liu Youju and his Key to the world of wonderland. However, the real theme under this fluid brushwork is the painting itself and the realistic and freehand symbols behind it." 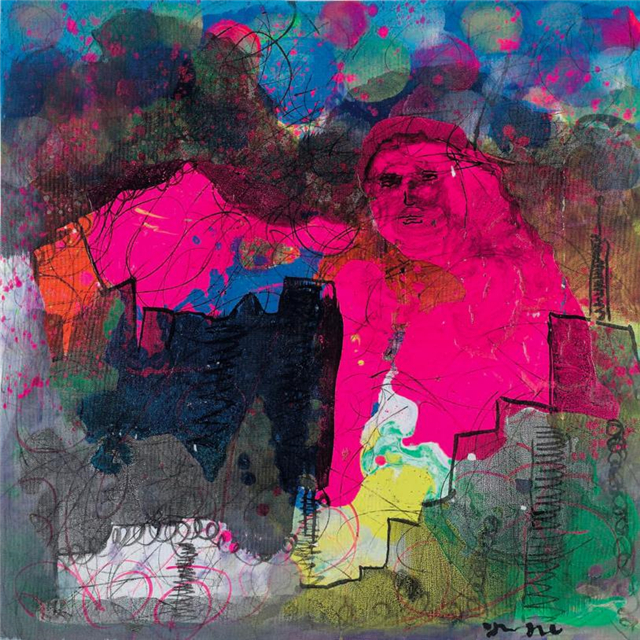 "The Red Gene" by Liu Youju (Photo provided to Newsgd.com)

French art critic Yves Kobry, who is also a member of the International Committee of Art Critics (AICA), said that Liu Youju created the concept of "phantom art" from the perspective of humanity and universality, and advocated to break through the constraints of regional and academic boundaries.

"Although his works are consistent with traditional styles, the diversity of his inspiration sources is shocking," Yves Kobry specified, "Some paintings use symbols and lines to capture immediate and short-lived impressions on a white space, while others are veritable abstract landscape paintings that evoke appreciation of the impression of mountains, sky, clouds, and wind, and at the same time invite him do meditation."

That's why Yves Kobry agrees that Liu Youju was originally a poet and calligrapher, and he drew on abstract expressionism and action painting.

Sergio Risaliti, renowned Italian art historian, thinks highly of Liu's works. He said, "When admiring the works of Master Liu Youju, it is like breathing the same air as the masters of art in history, as if facing a painting event intertwined with art and nature, organic world and profound insights."

A very expressive painting can produce many harmonious image experiences: both linguistically and through imagery, involving both logical and poetic experiences, according to Sergio Risaliti, who believes this is like the practice of combining traditional Chinese calligraphy and New York's abstract expressionism from two worlds.

"His paintings not only enhance the individual's creative freedom, but also enrich the language cognitive structure of the senses and the soul," Sergio Risaliti pointed out, "This experience extends from the self to the entire natural world, to the channel connecting the subjective and objective, to the inner self and the landscape in the dimensions of the earth and the universe."

Liu Youju, China's famous calligrapher, avant-garde painter and founder of illusionist painting, was born in Jieyang, a city in eastern Guangdong in 1955. Liu has been engaged in illusionist painting for years, and is an expert at using colors and creating mysterious spaces, leaving a lot of room for the audience's imagination.

Since 2010, Liu Youju has held a number of solo exhibitions at many world-class art venues both in China and abroad, including the Richard Nixon Presidential Library and Museum in the United States in 2014, the Museum of Decorative Arts which occupies the most north-western wing of the Palais du Louvre in France in 2015, the British Museum in the UK in 2015, the Academy of Fine Arts of Florence in Italy in 2016, and the Pompidou Centre in France in 2017. 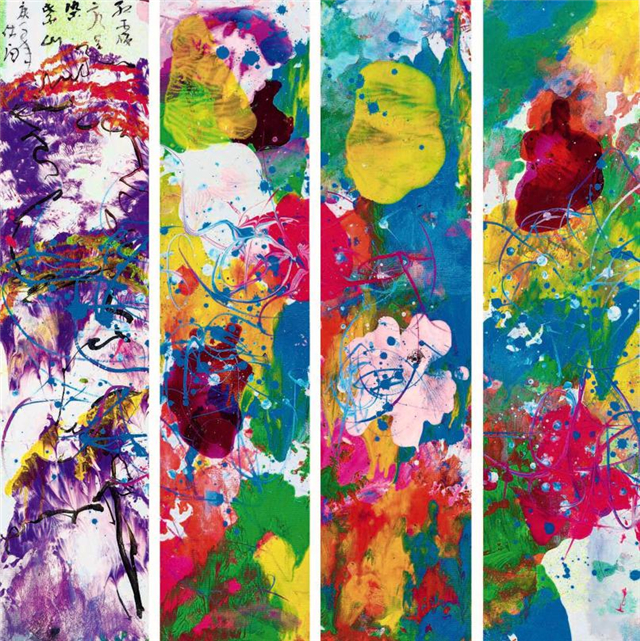 "Spring All Year Round" by Liu Youju (Photo provided to Newsgd.com)

In July 2019, Liu Youju was appointed as a lifetime honorary academician by the Royal Italian Academy of Arts. The appointment ceremony was originally scheduled to be held in Florence, Italy in July 2020, but will be pushed to September 2021 due to the epidemic.

In July 2019, Liu Youju won the Michelangelo Prize. He is the first Chinese artist to receive this honor in the field of painting art.