If you are an expat living in the community and want to offer your help, you can visit the community's Foreigner Service Center on No. 5 Tongxin Road to sign up as a volunteer.

A team of 49 foreign volunteers are helping Guangzhou's Yuexiu to provide multilingual services for expats living in the district, such as promoting knowledge of policies and regulations and guiding foreigners in self-service and management, according to Cao Xin, an official with the district's migrant services bureau. These volunteers are from all around the world, including Russia, Mali, Germany, Yemen and India. 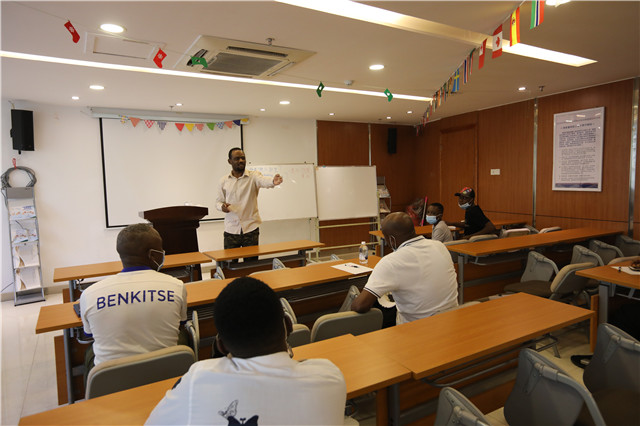 In the district's Dengfeng Community, 28 international volunteers have been regularly offering their helping hands to those in need and completed over 2,000 hours of voluntary service. Together with Chinese staff and volunteers, they assist foreign nationals to handle government-related affairs, register for temporary residence, use self-service machine for registration & inquiry, and more.

If you are an expat living in the community and want to offer your help, you can visit the community's Foreigner Service Center (登峰街外国人综合服务中心) on No. 5 Tongxin Road to sign up as a volunteer.

On the afternoon of July 15th, some international volunteers and expats from the Dengfeng Community shared their experiences and stories at the community's Foreigner Service Center. 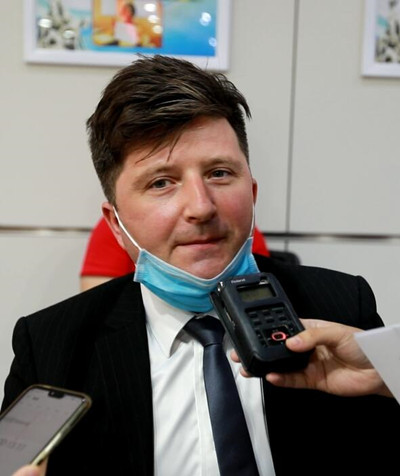 Bekar Mikaberidze: We share weal and woe with Chinese friends.

Bekar Mikaberidze, chief representative of Georgian Chamber of Commerce and Industry in Guangdong, has been living in China for 18 years, including over 5 years in Guangzhou.

Bekar and his wife have stayed in Guangzhou all the time during the COVID-19 pandemic, just as he did in Tianjin during the SARS epidemic in 2003. Bekar believes that he should stay to fight the virus together with his Chinese friends and colleagues, and he has confidence in the Chinese government's anti-epidemic measures.

Back in February when epidemic prevention supplies were in shortage in China, Bekar and his Chamber managed to bring masks from overseas into China and donated them to the city of Wuhan. Later, he lent a helping hand to enhance understanding between expats and local residents.

Now in addition to his voluntary service in the community, Bekar has gotten back to some of his businesses including importing foods and drinks. Although his catering and tourism businesses are still taking the hit from the pandemic, he believes all businesses including foreign trade will recover sooner or later. 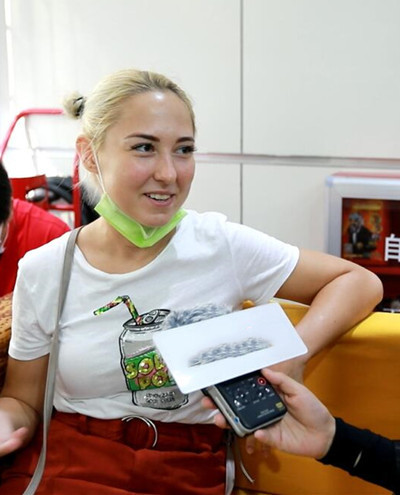 Simonova Varvara: They helped me, so I want to help them too.

Simonova Varvara from Russia has been engaged in the garment trade in Guangzhou for about 18 months. When Simonova came back to Guangzhou on March 13th, she did her 14-day quarantine in Yuexiu. After that she signed up as a volunteer and has been doing Russian and English translation since then.

"When I was in quarantine, the Chinese staff members were really nice to me and helped me a lot, providing me with good conditions. They worked overtime and very hard. I was deeply touched, so I decided that I have to help them too," Simonova recalled, "That's why I joined the volunteer team in the first place."

Up to now, Simonova has helped about 40 foreigners, sometimes face-to-face and sometimes via phone calls or WeChat. She is now still trying to help as many people as she can. 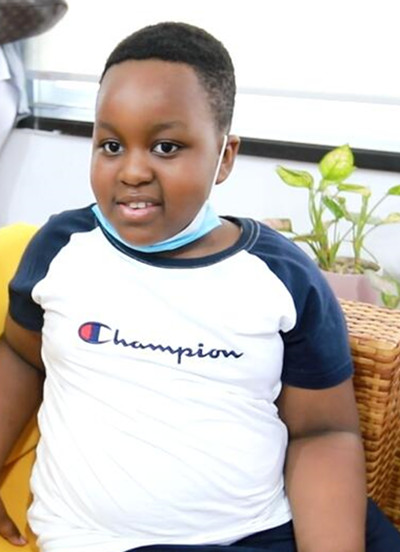 Diarra Bagy: We found a preventive measure against the coronavirus.

Seven-year-old Diarra Bagy from Mali has been living in China for six years and speaks fluent Mandarin. Diarra is now attending kindergarten in Yuexiu. During the pandemic, Diarra said he and his friends would stay at arm's length.

"The school also gave an assignment to us, which was to find a preventive measure against the coronavirus before we got back to school. And we found it, it is the mask," Diarra laughed, "We wear a mask on our way to school and can take off the mask on the campus."

Fond of drawing, Diarra has drawn many cartoon characters including Ultraman and Spider-Man. He participated in many painting events in the community and won quite a few awards. He also sings Chinese nursery rhymes and the theme song of popular TV show 'Tian Tian Xiang Shang'. As for the upcoming summer holiday, Diarra said he wants to visit amusement parks and toy stores.