Expats in Guangzhou's Panyu join hands in fight against COVID-19

Together with another 11 international volunteers, Oscar is currently helping the community workers with the prevention and control work of COVID-19 in Clifford New Village.

After a four-day journey, Oscar from Guatemala was finally reunited with his family at the Clifford New Village in Panyu District, Guangzhou at the end of February. Quarantine wasn’t mandatory for all inbound passengers back then, but Oscar submitted himself to a 14-day quarantine of his own accord. A few days ago, Oscar signed up for the volunteer service team in his community to give back to society. 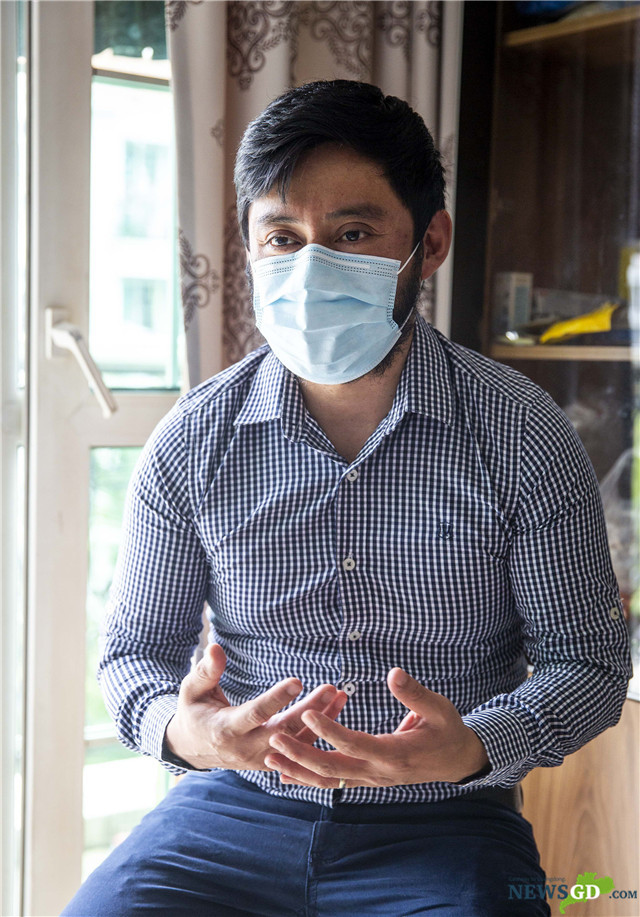 Oscar is in an interview at his home in Clifford New Village, Panyu. (Photo: Wu Weihong)

Together with another 11 international volunteers, Oscar is currently helping the community workers with the prevention and control work of COVID-19 in Clifford New Village. The village is home to about 200,000 residents, including over 2,000 expats from 96 countries, accounting for 25% of the total expats living in the district.

Across other parts of the district, a number of volunteers from South Korea, New Zealand and many other foreign countries are also lending a hand in the fight against the pandemic. 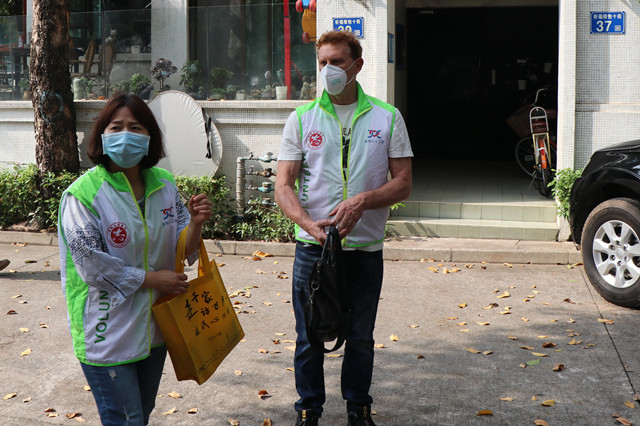 Ever since the COVID-19 outbreak, Panyu has been working to enable the expats in the district to participate in the implementation of prevention and control measures as well as proving support in their communities.

"Viruses do not respect borders, nor do they distinguish between races. We believe only when we all work together and be part of the fight, can we all take it seriously and win this battle," Mai Jieping, deputy head of Panyu, said at a press conference.

Mai went on that she was deeply touched by the words of a retired doctor from Nigeria who is now under medical observation but has promised to continue his volunteer service in the community after the quarantine. 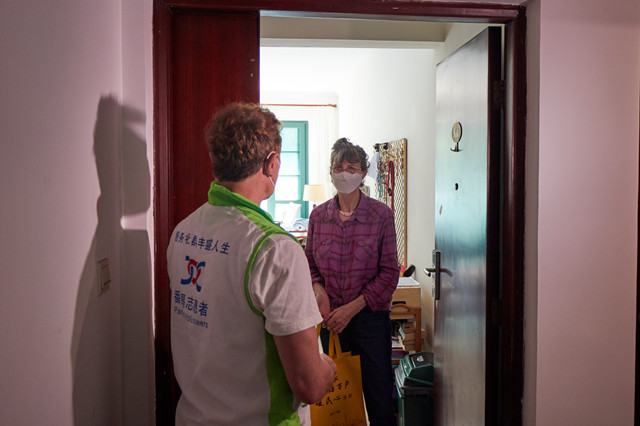 An international volunteer visits an expat in quarantine in Panyu, Guangzhou. (Photo provided to Newsgd.com)

In addition to engaging foreign nationals to volunteer their services to the community, Panyu has also come up with several special measures to serve both Chinese and foreign nationals during their quarantine periods.

A special team has been set up in each community to cope with any emergencies or special needs such as urgent medical treatment or documentation handling. During holidays and their spare time, community workers will hold indoor or online events, offering some entertainment for all those people in quarantine. 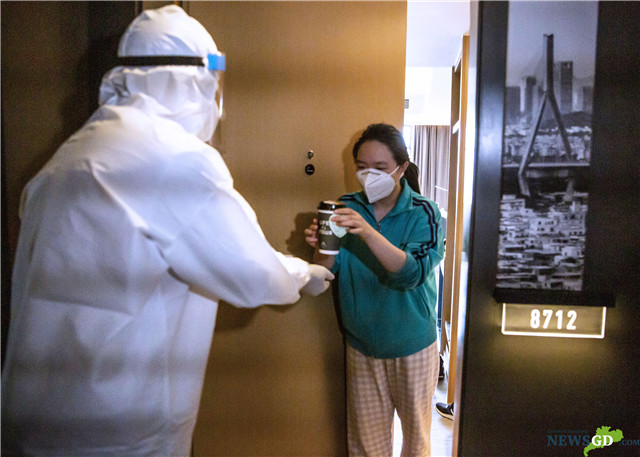 A staff member offers a cup of coffee to a woman in quarantine at a hotel in Panyu. (Photo: Wu Weihong)

What's more, each person in quarantine has an exclusive group chat with his or her social workers, interpreters, medical workers and volunteers who are there for them around the clock. They can also video chat with psychologists when needed.