Dim sum is one of the best-known Cantonese delicacies. On October 16, a group of 30 expats, from Greece, Japan, the United States, Yemen, and 8 other countries, got hands-on experience of making dim sum pastries.

As a Cantonese saying goes, “食在广州”which means that Guangzhou is well-known for its food, indicating Cantonese cuisine’s significant role in Chinese culinary culture. Among the abundant varieties of Cantonese delicacies, dim sum is one of the best-known.

On October 16, a group of 30 expats, from Greece, Japan, the United States, Yemen, and 8 other countries, participated in an event entitled “Tasty Guangzhou: DIY Traditional Cantonese Pastry”, getting hands-on experience of making dim sum pastries. 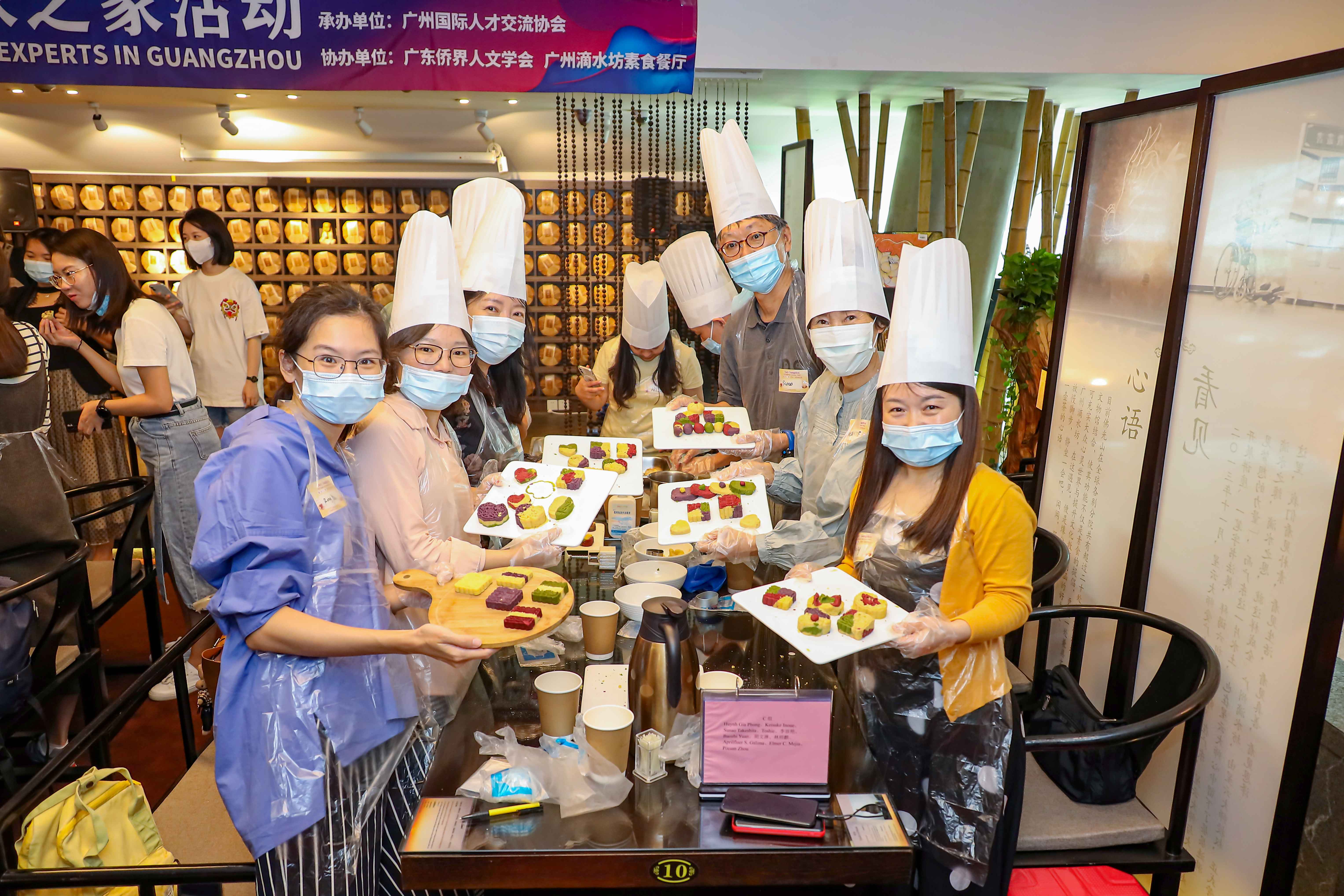 Chef Zhao, head chef of a vegetarian restaurant in Guangzhou, demonstrated how to make red bean pastries and mung bean cakes to the participants. For many of them, this is their first time to make Cantonese pastries on their own.

Elina from Russia, who is a fan of northeastern Chinese cuisine, was attracted by the delicate taste and lovely shape of the pastries, hoping to make these at home. For Aprilfleur, who is a Philippine national, this is her first time to eat Cantonese pastries, and she instantly fell in love with it. “I took a video of the chef making pastries” and will try it again in the future, she said. 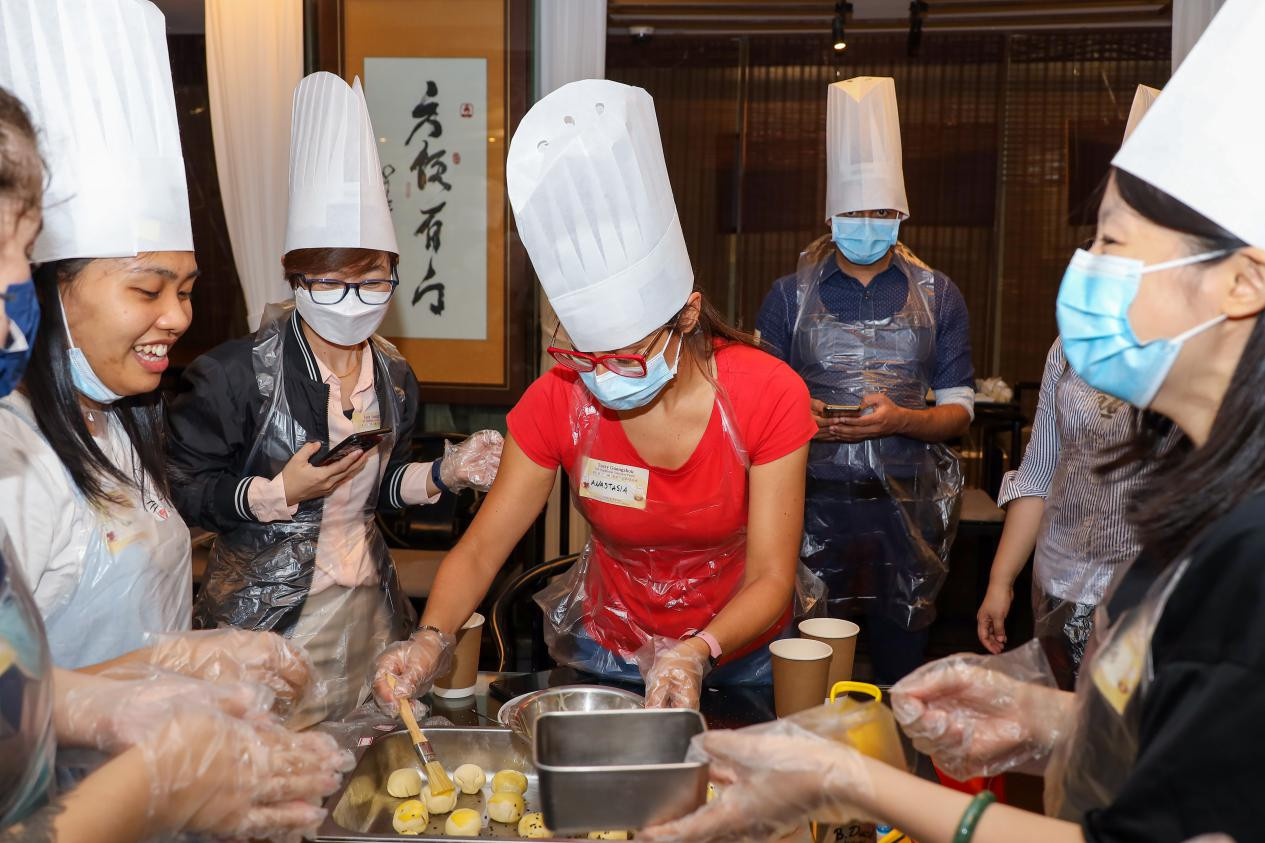 Compared to Elina and Aprilfleur, Sunao Takeshita is more of a “veteran cook”. He found these pastries similar to the rice cakes he used to make during Japanese New Year and soon became the “head chef” of his team.

Ahmad Akhlaq from Pakistan, in the meantime, was more dedicated to inventing new designs for the pastries and made one in the shape of the word “China”. 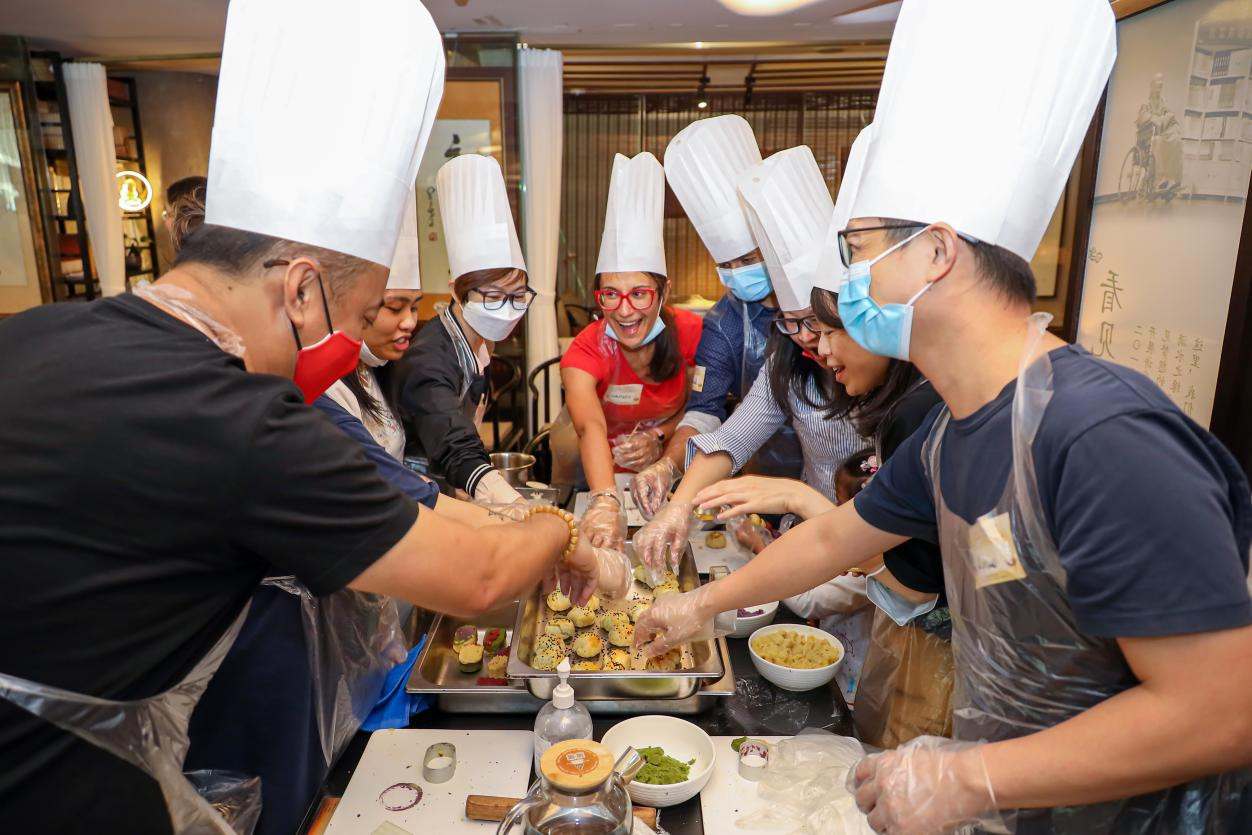 The expats enjoy the pastries they made. (Photo provided to Newsgd.com)

The event was sponsored by the Department of Science and Technology of Guangdong Province as well as the Guangzhou Municipal Science and Technology Bureau and organized by Guangzhou Association of International Exchange of Personnel. It is one of the “Home of Foreign Experts” serial activities, which aims to make the foreign experts in Guangzhou feel at home and guide them to experience the culture of Guangzhou and Lingnan.