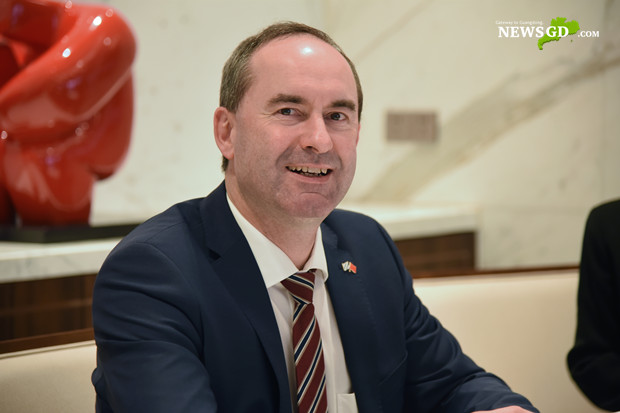 During the visit to Guangdong, Mr. Aiwanger shared his impression of South China with Newsgd.com, including: 5th generation mobile/wireless communication networks (5G), trade with Guangdong and his favorite Cantonese Cuisine.

“5G is a future-oriented technology”

Industry 4.0, referring to the “the fourth industrial revolution”, was first coined in Germany in 2011. It is the trend towards automation and data exchange in manufacturing technologies and processes which include cyber-physical systems (CPS), the internet of things (IoT), the industrial internet of things (IIOT), cloud computing, cognitive computing and artificial intelligence. 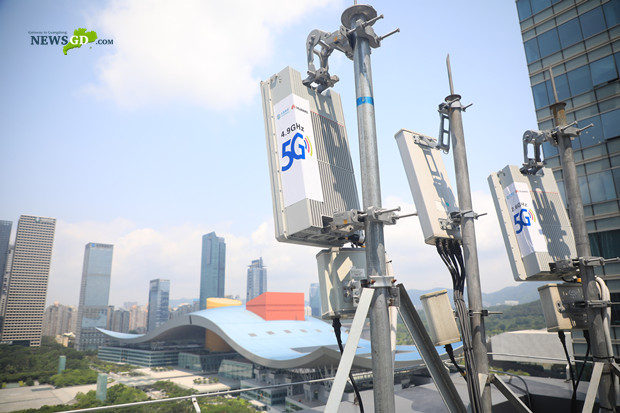 With such high speeds, lower end-to-end latency and multi device connection, 5G is regarded as key to the growth of Industry 4.0.In Mr. Aiwanger’s opinion, 5G will be applied to serval areas such as automatic driving and industrial automatization. Mr Aiwanger stated that 5G is useful tool to further realise Industry 4.0.

China officially kicked off commercialization of 5G services in October.

During his time in Shenzhen, Mr. Aiwanger visited the headquarters of Huawei, a world famous company which provides telecommunications services, as well as a pioneer in 5G development.

“5G is a future-oriented technology,” said Mr. Aiwanger. “We hope to strengthen relationships with Huawei and work together in this field, as Huawei is a leading technology brand.”

In fact, Huawei already set up its European R&D center and Openlab in Munich, the capital of Bavaria in 2014 and 2016.

“We would like to work with tech companies in a manner which benefits both Bavaria and Guangdong.” said Mr. Aiwanger.

China is Bavaria’s biggest trading partner. Statistics show that in 2018, the trade volume between Bavaria and China was 33 billion Euros. More and more Bavarian companies are investing in China. Meanwhile, Bavaria, known for its cutting edge tech industries, is an ideal location for Chinese companies to look toward. 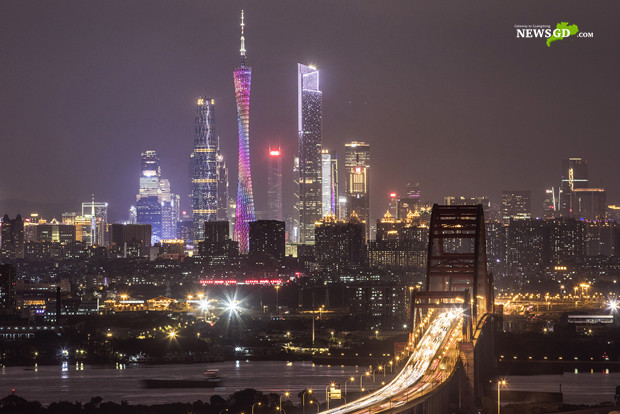 Hubert Aiwanger’s visit was accompanied by an economic delegation from Bavaria, to strengthen ties between Bavaria and Guangdong.

According to Mr. Aiwanger, the Guangdong-Hong Kong-Macao Greater Bay Area is a region with prospects. “With more than 70 million people, its technology and industrial production facilities are advancing, and will continue to in the future,” he said.

On November 6th, the Administrative Committee of Guangzhou Development District and German Center for Industry and Trade (Shanghai) signed a memorandum of strategic cooperation. The two sides will jointly build the Guangzhou German Center. It will become the headquarters of the German Center in the Greater Bay Area, providing a platform for the introduction of advanced technology and excellent enterprises from Germany and even Europe as a whole.

“I would describe Guangdong as impressive, friendly and favorable”

It is Mr. Aiwanger’s first time in Guangdong. Upon arrival, he was impressed by the beautiful city, friendly people, tasty food and economic achievements in Guangdong. Guangdong is famous for the delicacy. (Photo: Wu Xiongwei)

As the saying goes, if you like delicious food, you should go to eat in Guangdong. Having tasted Cantonese cuisine, Mr. Aiwanger joked, “I would put on weight if I stayed here longer.”

“Guangdong has exceeded my expectations, especially in trade. This area has great potential, and we hope to participate in the whole process,” he said, before adding, “my congratulations on the economic achievements of Guangdong.”