A book titled Consensus or Conflict? -China and Globalization in the 21st Century was launched on October 11 to provide a representative and in-depth look into China that has so far been lacking in the English-speaking world

The most serious global challenge at present is the COVID-19 pandemic, which is intertwined with geopolitics, affecting the international order to an unprecedented extend just like the 2008 global financial crisis, He Yafei, former Vice Minister of Ministry of Foreign Affairs of China and Distinguished Professor of Peking University, said at a book launch ceremony on October 11. 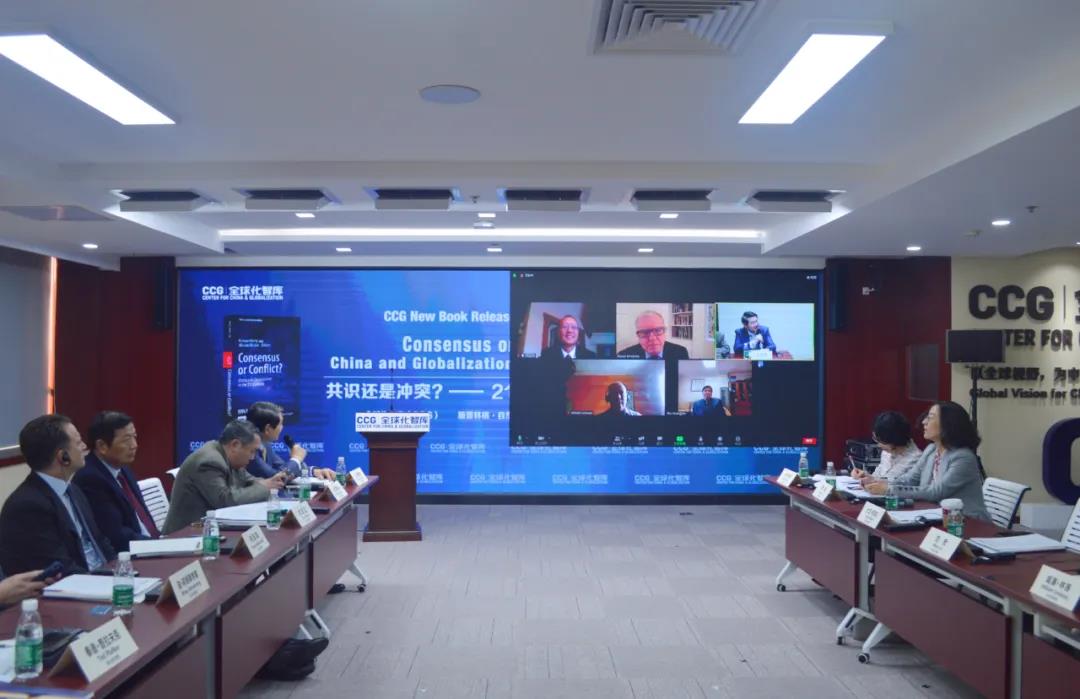 (Photo: Center for China and Globalization)

According to He, struck by the pandemic, the global economy is in constant recession with an increase of 12 million impoverished people across the world in 2020.

We are facing a new era with unprecedented changes, which calls for building a community with a shared future for mankind on the basis of common values and true multilateralism, He pointed out.

He believes that true multilateralism takes wisdom and courage, requiring countries to abandon “small gangs” bonded by ideology and identity politics as well as to enhance the solidarity of international communities.

This book is the first in a series of five books CCG and Springer are currently publishing. All the books focus on China and globalization in a bid to provide a representative and in-depth look into China that has so far been lacking in the English-speaking world.