The movie hit cinemas in China on that day, and pays tribute to Chinese medical workers and ordinary people, especially those who worked at the Wuhan Jinyintan Hospital, by focusing on their fight aga

"My greatest impression on the movie 'Chinese Doctors' is that it truly demonstrates Chinese doctors' responsibility, conscience, determination, and action, " China's top epidemiologist Zhong Nanshan said after watching the premiere of the domestic anti-pandemic-themed movie "Chinese Doctors" at the Sun Yat-sen's Memorial Hall in Guangzhou on the evening of July 9, 2021. 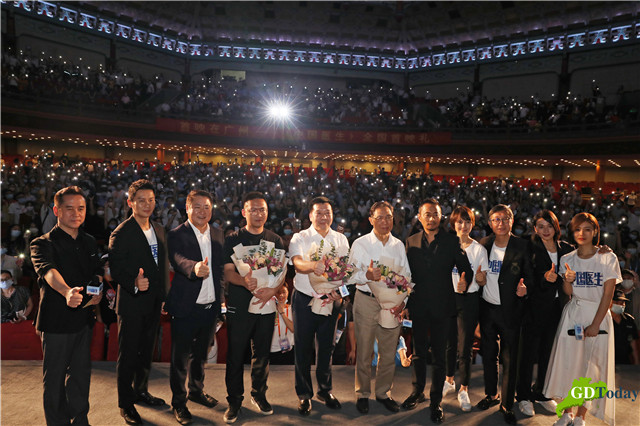 The movie hit cinemas in China on that day, and pays tribute to Chinese medical workers and ordinary people, especially those who worked at the Wuhan Jinyintan Hospital, by focusing on their fight against the COVID-19 outbreak in Wuhan in early 2020.

Zhong pointed out that the movie does not try to hide anything, instead it truthfully reproduces the situation in Wuhan during the early outbreak. "It reappears the difficulties we met, our tension and patients' emotion at that time. I find medical workers from both Wuhan and Guangzhou in this movie." 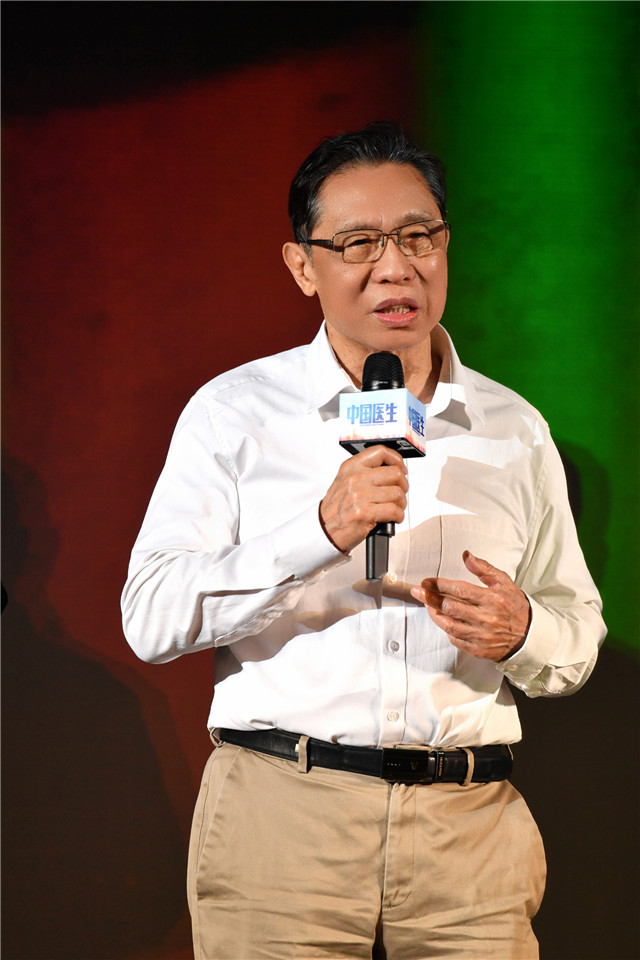 Zhong also expressed his sincere thanks to everyone for going through thick and thin in 2020. He believes that Chinese people have the spirit of being tough and selfless, being collectivistic instead of individualistic. In the fight against the virus, the Chinese have instinctively placed social harmony above personal preferences.

On the same night, a thousand drones staged a dazzling light show above the Huacheng Square in Zhujiang New Town, making up different formations such as medical workers and Chinese characters to salute medical workers against COVID-19.

The film, starring many well-known Chinese entertainers including actor Zhang Hanyu, Zhu Yawen and Li Chen as well as actress Yuan Quan, Zhou Ye and Feng Wenjuan, is based on the tough battle Wuhan medical workers faced during the beginning of the COVID-19 epidemic. 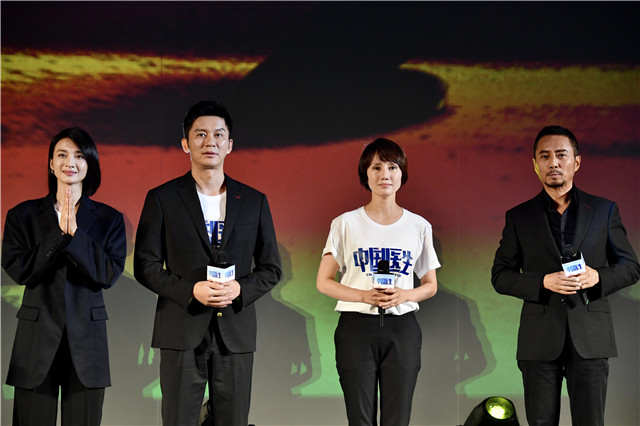 The characters in the film are based on medical personnel in Wuhan and the medical teams from other provinces and cities across the country. Among them, Zhang Dingyu (played by Zhang Hanyu), head of Wuhan's Jinyintan Hospital, is a central figure.

The film shows the tense and dangerous situation at the hospital during the outbreak. Racing against time, medical workers couldn't find even a moment to rest as they strove to save as many patients' lives as they could.

The medical workers played by actors and actresses in the movie face one challenge after another as they try to snatch people from the jaws of death. Scenes of doctors trying to resuscitate patients through CPR or acting quickly to keep their airways opened sent the audiences' hearts into their throats. 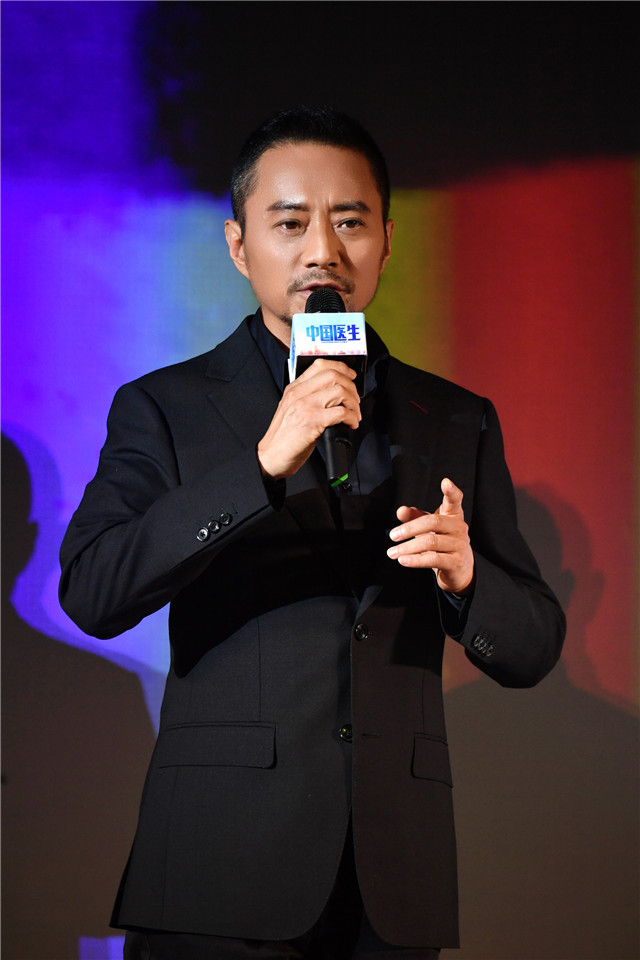 To prepare for his role, Zhang Hanyu followed the other Zhang for a few days at the hospital right before shooting, according to Global Times. "During that time, I made ward rounds with him every day to experience the work of a doctor. I was deeply impressed by his distinct personality, and then integrated my observations of him into my performance," Zhang recalled at a press conference at the premiere. 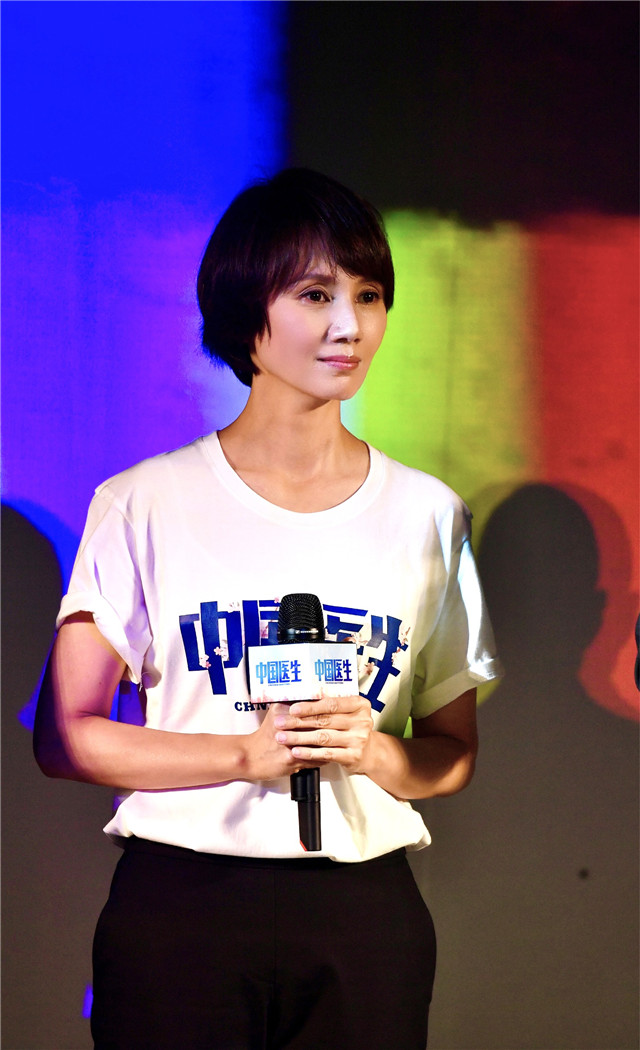 Yuan Quan plays Wen Ting, director of the ICU. In order to recreate the conditions medical workers worked under, Yuan wore a protective suit for such a long time that the mask left a deep indentation on her cheeks while her goggles and mask left her soaked with sweat. 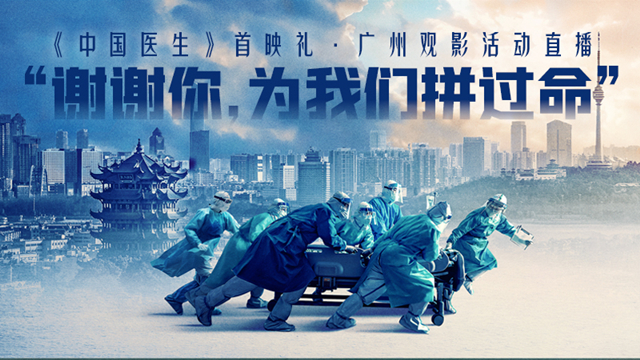 A poster of the movie (Photo provided to Newsgd.com)